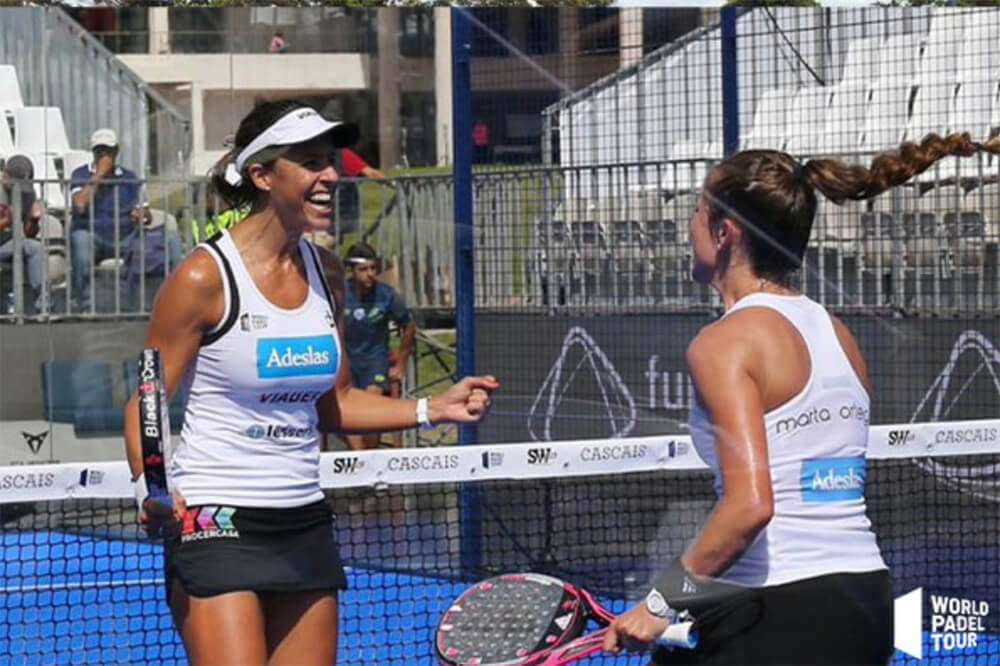 Padel Spain.- The best final that can be given in the current women’s paddle once again faced the first two couples in the World Padel Tour ranking. The Cascais Master was going to be the chosen territory for this great fight to be the best in each tournament and at a decisive moment for the end of the season. Ale Salazar and Ari Sánchez sought, for the first time in Portuguese lands, the rematch of the Valencia final against Marta Marrero and Marta Ortega.

And they were about to start that rematch on the right foot. After a solvent start by both teams, it was the ‘Team A’ that took a step forward and achieved the first break. After this first break there were several breaks and against breaks that made the game very exciting. But, finally, the ‘Martas’ took advantage of their rivals’ mistakes to close the first round by 7-5.

Unlike the initial set, Marta Marrero and Marta Ortega jumped with better feelings and more confidence than Ale and Ari to the Estoril track. That was reflected in the initial bars of this second act with an early break in favor of the number 1 ranking who were superior to their rivals. Finally, with a resounding 6-3, the ‘Martas’ achieved a new title after failing to reach the last two finals in Mijas or Madrid.

Marrero and Ortega are thus rewarded their great tournament, with hard confrontations, especially against Nogueira and Josemaría in the quarterfinals and Llaguno and Amatriain in the semifinals. In both confrontations they had to resort to the third set to decide it and this has been able to give them one more point of competitiveness. For their part, Salazar and Sánchez were much more solvent throughout the Portuguese tournament but failed to hit the key in the final at the right time. His failures and disconnection, especially in the second set, ended his options.

In this way, the ‘Martas’ continue to hold on to their number 1 in the ranking and do not allow Ale and Ari to approach the ranking.